with a bit of help from my beloved...

Forgive me the sound design... it's my first collage.
Posted by InkaMon at 6:28 PM 1 comment:

Looks like there's gonna be an Otaku Fest 3 after all... We were convinced not to do this anymore because of all the shit we got for all our efforts to do something good ... This time
we were persuaded to be co-organisers. The event is happening on the occasion of 50 years of diplomatic relationship between Romania and Japan ... or something like it.
We were supposed to return to Ro again for this but we gave that up... especially because it was advanced one week. We are now joyfully in the process of creating its identity. 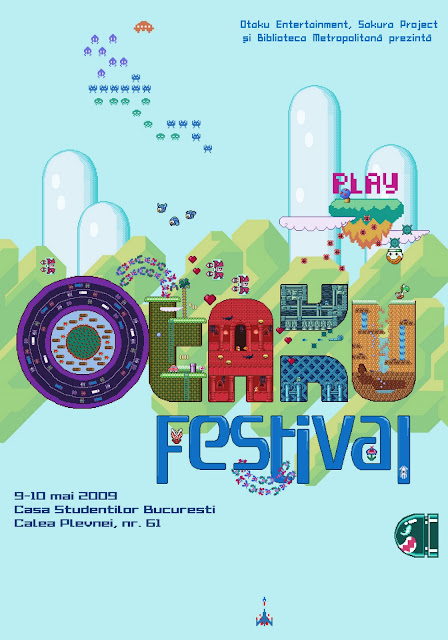 since the theme is gonna be PLAY - for the event too I looked up some old games graphics for reference... It's an area I've never been before, since I only had a Brick game as a kid and the only games I played were Sanitarium and Armageddon Worms. But now I stumbled on this Nintendo website and the research period got veeeeeeery long... :P 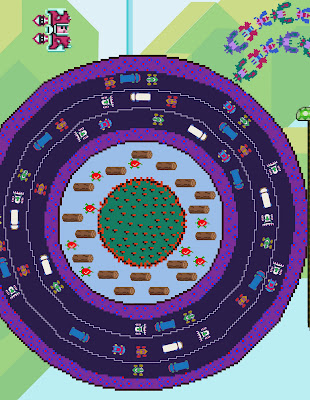 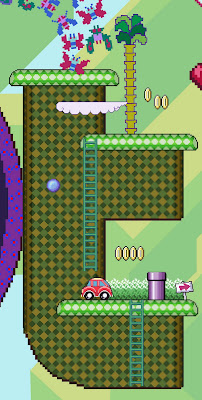 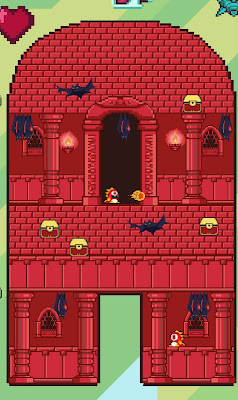 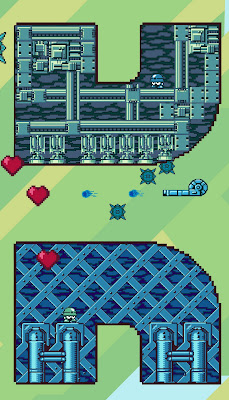 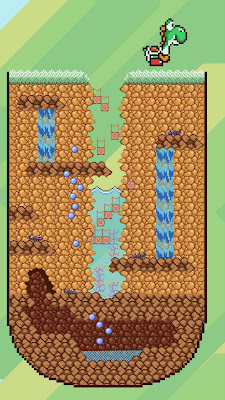 I guess it will be fun, much better organised than the first two editions, now that we have help, a better space... somehow I'm sorry for not being there... We'll do our best from here.

To "sweet homeland" actually. To get my nose rubbed in it again... Each time i go there  it's sure to get piled up with things that just don't work right... More and more I understand that saying of a Romanian TV show man: "we live in Romania and that is what eats up all our time"
I happened that we had a launch to do - number 5 of our Otaku Magazine- PLAY issue...

Here's the cover I made 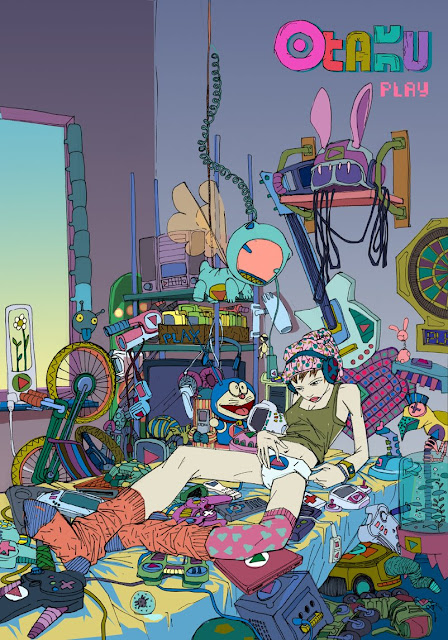 We went back to Ro for that - because the plans to have the magazine out at the beginning of march when we were there also, didn't work out... Anyway, not small of a surprise was to get the magazine all fucked up  from the print house. (famous Codex print house- whose manager insisted to have Otaku printed there "cause she just loves it") So we had a draft launch in Bucharest on the 28 of march. Thanks to OTA who was our host, to Minus who performed some of his crazy 8 bit music and to everybody that came and had a good time and cheered us up, it was a nice evening.
Anyway , we returned to Berlin  and Otaku was supposed to be relaunched in Cluj at Yume-Tea House... And thanks to the same print house it was a draft again- they couldn't make things right in two weeks.
Now, i've  heard  it is finally ok. Just one month of delay... Hopefully  I'll find some print house in Germany that can do the job in a common sensed time.
Posted by InkaMon at 11:31 AM No comments: