Got a big hole in my blog again... I'll be trying to mend it a little
first- meet Zmeia 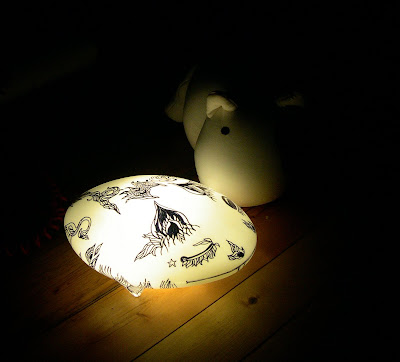 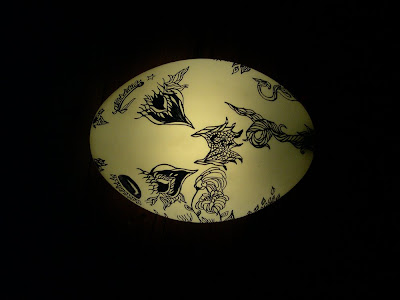 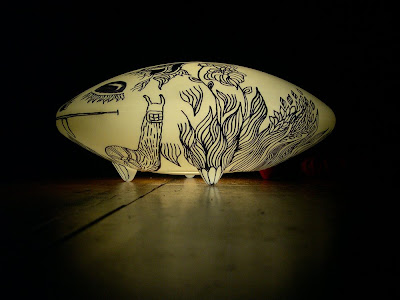 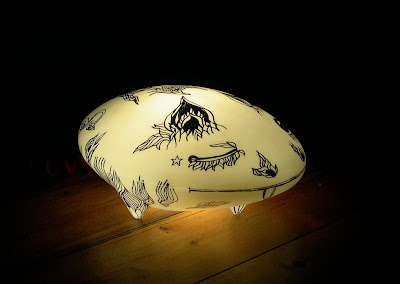 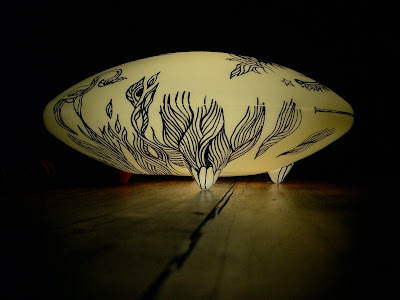 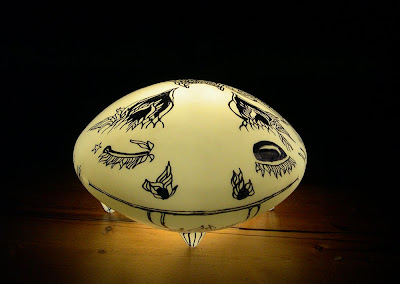 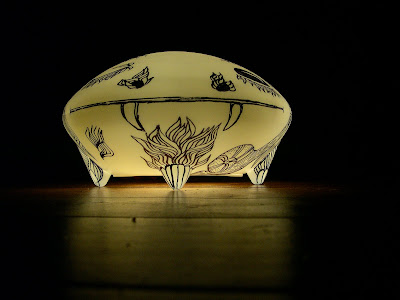 she is an Ikea lamp that we inherited from the former renter
of our appartment. actually she was- now is a she-dragon...
Ah and on the first pic - there's also Kutzu
what is now- is that I'm 29, -it all came and went by preety fast- depression an'all...
Actually, I still got some drinking to do with some people...
-preparing to go to Romania for three weeks to see sis, mom and dad, lots of friends, doctors and  some snow , we hope
-speeding up work for OtakuMag -PLAY issue
what else?- oh I went ad met the father of Pictoplasma , talked a bit, did an article ...
oh , yes... that I could do because I live in Berlin now- me and my love... It's good.
We came 4 of us together from Bucharest: me, Remus(my better half) , Tudor(the all acclaimed director of Animat Planet Show) and his love- Dana(beautiful and talented actress and puppeteer)...and we're up to great deeds.
oh! that was in october...
October was crazy- we lived 5 people in one room at Popica's place- he's one of the animators at AP and came to Berlin 2 years ago. We had a really hard time finding our own places to stay,
cause here they got rules! And none of us as much as understood at first what we were asked for...as we don't speak deutsch at all... So,  with stress accumulating and running around seeing apartments all over Berlin (almost) we still managed to do this clip.
November... preety dull- we moved in our apartment-contracts with gas , electricity and internet.... stuff like that...
funny thing! - Tudor and Dana found themselves a place just around the corner from us... what were the odds? Then another girl came from Bucharest, Alina, who was lately working with us
and she is now living on the same street with Tudor...Spooky. Berlin has more than 3 streets, you know...
December... what was in december? 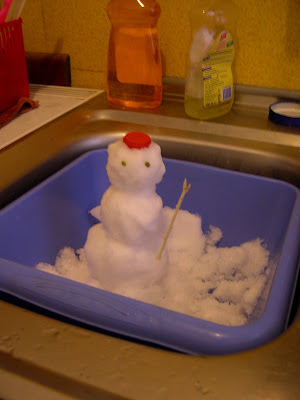 - we worked till the evening of 25.But... next morning we were off to Innsbruck. And then to Zell am Ziller
We came back on the 4th of january and since then I long for the slopes and the mountains.
bad news, the world in crisis, Animat Planet terminated - maybe to be replaced  with another show on another TV channel... but also some good stuff - like old friends getting in touch with each other ...
Posted by InkaMon at 9:11 PM

Yupee ! You're finally back here ! It's been a while, but this only makes your "comeback" more joyful ! Marvellous lamp... First "tatooed " lamp I have ever seen ! The sex/character change worked wonders on it ! Do you do neon too ? :) :P What's with the snowman in the sink ?...and most of all...show us Kutzuu ! Can't wait for your future posts ! So much to see and hear from you, both !Cheers !

Anonymous said...
This comment has been removed by a blog administrator.
13 November, 2009