(I'll skip the complaining - nothing changed for the beter, that's all)

So... we got to see ppl... best thing - I spent a month with my sis, doin stuff together an' all.
-went to a most awesome IAMX concert. Brilliant, just brilliant! Sound was better than in Berlin.
Then there was Anim'est - the animation festival of Romania. An exausting week , I put myself through a workshop, as well, held by two very nice girls from Belgium, it turned out pretty nice , but very chalenging - given the conditions... Here-s the result!
The festival was great, wonderfull movies - my favourite feature was Lascars - delirious french hood story, great hip-hop soundtrack! Lots of good short animation, gorgeous videos like Blame - I love Motomichi Nakamura's work!
Of course the national competition started a scandal... Anyway, even if his film wasn't the best in competition, the Vali Chincisan is one of my favorites romanian video artists.

Next : OTAKU- End of the World launch. It was raining ... not nice weather , not nice at all!
... but we had a fridge, a broken TV, some candles from the mitropoly, some incence and a corporate chick that breaks up often with her boyfriend... Big success, what can I say... 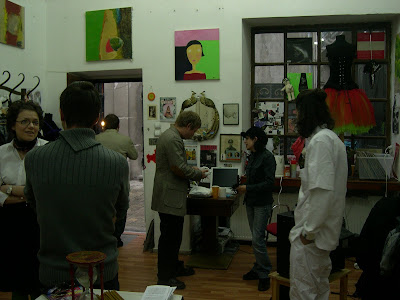 Oh, I almost forgot: thank you IDEA design&print for printing our magazine in the required quality at first try and on a lower cost than Poligrafia Codex did.

Next - the BD Saloon in Constanta - I was invited to represent Romania... People were nice but I kind of felt like at the wrong place at the wrong age ...
Same time - there was Nijikon ongoing in Bucharest, luckily we still got to se a part of it... Wrong age again! :)
So this was pretty much it - our month in Ursus Country
Oh : - I got dreads! 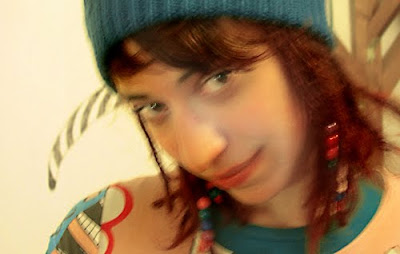